Impi was started by Andre Coetzee with members of the now failed Gauteng Linux Users Group. (Andre Coetzee was also the founder of the Impi Linux company) Andre Coetzee signed a MOU (Memorandum of Understanding with SITA, the State IT Agency, represented by the CIO of SITA,  Vusi Magagula. Andre Coetzee and Impi Linux successfully concluded a Open Source Pilot program and installed Impi Linux on 10 production desktop systems at SITA over a period of two months. Andre Coetzee eventually sold his shares to: Mark Shuttleworth, Gary Fortuin, Nick Venter and Howard Lowenthal so that Impi would be funded to enter into SA Government and be well funded to succeed in rolling out Open Source Software to SITA and SITA clients. 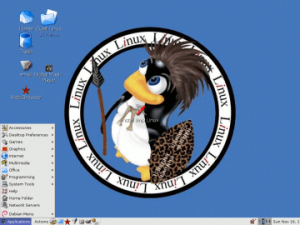 Impi tried to become a sustainable business under leadership of Ross Addis and Gary Fortuin (with funding from Mark Shuttleworth).

Both Wikipedia and Distrowatch has been carefully edited to diminish the role played by Andre Coetzee. Which, in 2019, is not so bad as both Impi Linux and the GLUG (Gauteng Linux Users Group) failed miserably a few years after Andre Coetzee left…

Anyway, note the careful and interesting differences between the above and here: